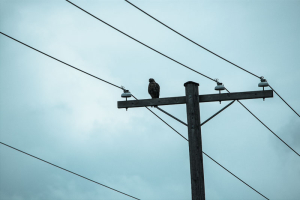 I enjoyed reading the article in GreenTech Media. It is encouraging to see what Duke Energy is doing in Ohio. I hope the battery system they are installing is successful.

OGEF would like to suggest an alternative to battery storage. Convert coal power plants to hydrogen.

Ocean Geothermal Energy Foundation has a system for creating hydrogen that is efficient. The key is to achieve super critical water deep on the ocean floor (+-2500 meters) and use geothermal heat from the volcanic energy emitted from mid ocean ridges. The combination of high pressure on the ocean floor with abundant geothermal energy can enable us to produce hydrogen economically and in vast quantities. The hydrogen could then be used to quickly replace coal burning power plants. A coal burning power plant could be converted to hydrogen and then the infrastructure of the old power plant would be utilized making the shift to renewable energy more economical and quick to implement. Our estimations predict that such a system will produce electricity for less money per kWh than coal.

Divestment in carbon fuel industries is a popular tactic today. It is even better to provide a way for investors and industry to replace carbon fuels with more economically viable and renewable energy sources. Obviously, electricity at a cost of $0.06 kWh is preferable to coal generated electricity at $0.09 kWh, with CCS. Especially when you consider that carbon capture systems (CCS) used in coal fired power plants do not fully eliminate carbon emissions. Hydrogen as a fuel has been talked about for many years, today we have the technology. Do we have the will to develop it? Let’s move our energy policy out of the 19th century into the future.

You can show our scientists that you care. Please support our work financially. Even the cost of a cup of coffee is a huge help. OGEF is a non-profit 501c3, check with your tax adviser about a tax deduction.

About the Author: Fred Currie

Fred Currie is a graphic artist and photographer. He enjoys writing about current events. He is the webmaster and social media director for Ocean Geothermal Energy Foundation.

This site uses Akismet to reduce spam. Learn how your comment data is processed.