For Geothermal, Renewable Hydrogen is the Key

Welcome to our first post in a ground-breaking series about pure, clean, renewable hydrogen. It may seem unusual to mention hydrogen when we are really talking about geothermal energy, but hydrogen will become an important part in the fight against greenhouse gases. Imperative, perhaps. If we are going to keep our campaign on track, it’s necessary to realize that clean hydrogen is a key player in the game for sustainable, clean energy. Hydrogen acts as both a bridge and a solution for renewable energy sources.

Some states and countries are investing heavily in renewable energy for generating electricity. The end result of such investments will accelerate utility companies shifting from coal to renewable energy like hydrogen. For example, California has mandated that its utilities reach a Renewable Portfolio Standard of 50% by 2030. Likewise, Germany is well known for its “Energy Transition” plan to reduce its reliance on coal.

Currently, the preferred forms of renewable energy are wind and solar. Both are quick and easy to install.  However, their energy production is intermittent and unpredictable. Coal-fired energy generation is a classic “baseload” form of generation. This means coal is always on and always available, regardless of time or weather.  As more and more coal-fired power is replaced with wind and solar, the harder it becomes for utilities to predict and meet energy demands. Electricity grids are increasingly subject to imbalances between supply and demand, and most of the solutions to such imbalances are expensive.  California has chosen to mandate that the utilities invest in batteries, which could double the cost of electricity from the batteries.  German electricity rates have sky rocketed. They thus recently reverted to burning more coal, and are considering altering its Energy Transition plan.

It’s clear we need a consistent and reliable source of standby power.  Geothermal is renewable baseload energy. It’s always on. Furthermore, according to the Department of Energy, geothermal energy sources have a higher availability rate than coal-fired plants or any other form of generation. Geothermal energy produces electricity at a cost lower than any other form of power generation, yet creates no greenhouse gases. It’s a win-win on both sides. Consistency and efficiency become a marriage made on earth rather than the atmosphere.

In the meantime, the adoption of renewable energy has succeeded in reducing greenhouse gas emissions.  This reduction is so significant that the major sources of greenhouse gases in some global regions are no longer electric power plants.  Instead, greenhouse gases are produced mainly from the combustion of natural gas and carbon-based fuels for transportation, industry, and heating. 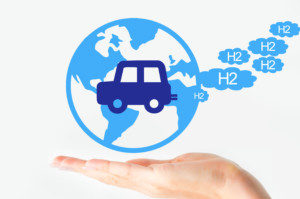 To reduce greenhouse gases from those sources will require replacement by electricity and/or hydrogen, depending on the circumstances.  For example, over the past several years, hybrid cars powered largely or entirely by battery are now available. Unfortunately, they have failed to achieve larger consumer adoption and market share.  Thus, many of world’s largest automakers have shifted their design and development attention from battery to hydrogen-powered cars.  If we are going to support this fundamental shift in transportation modes, we need to develop and to deploy economical technologies. In sum, we need geothermal hydrogen and we need it now.

About the Author: Jim Shnell