Hydrogen Production Through Electrolysis of Water 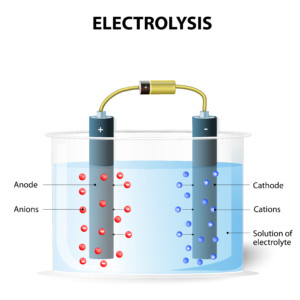 One way to produce hydrogen for transportation fuel is through the technique of electrolysis. In the past, electrolysis has been too inefficient and too expensive to be economically competitive. However, research shows that electrolysis is more efficient when conducted with water existing in a supercritical state. This requires that it is both hotter than 374C and at a pressure above 220 bar (a “bar” is very close to the atmospheric pressure at sea level). Therefore, electrolysis of water becomes more efficient when performed at supercritical temperatures and pressures. This is partly because at high temperatures, the additional heat replaces some of the electricity that is required for electrolysis at a lower temperature.

The efficiency of electrolysis is also decreased by what is known as overpotential, which takes three forms:

These overpotential issues can be alleviated to some extent by certain changes in several of the properties of water as it transitions from a liquid to a supercritical state, including:

Electrolysis is also more efficient when the pressure of the feedwater is raised to the desired pressure for the hydrogen prior to the electrolysis, rather than pressurizing the gas following the electrolysis.  Current systems for transporting and dispensing hydrogen are designed to operate at 700 bar, which is much more than the critical pressure of water. This means that pressurization of the feedwater for electrolysis is not a waste of energy, but simply an efficient step toward reaching the standard operating pressure for the gas.  Such pressurization of the feedwater would be less expensive because it is more efficient to pressurize liquid water than gaseous hydrogen. This is in particularly the case, given the fact that inexpensive electricity is already present when geothermal generation and electrolysis are combined. 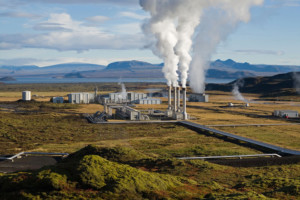 Moreover, electrolysis can be cut back to operate at less than 10% of capacity without a significant loss of efficiency, and these cut backs can be performed in less than 2 seconds.  The electricity that would power the electrolysis can instead be switched to provide electricity to the grid immediately.  Other research has found ways to decrease the cost of the electrodes that are needed, which will reduce the cost of electrolysis even further.  This means geothermal wells can run in baseload fashion, as they should. Thus, electricity is then used to balance the grid and to produce hydrogen, by using the geothermal energy for the generation of electricity and the electrolytic production of hydrogen.

The nuclear industry has promoted the development of solid oxide electrolytic cells for high-temperature electrolysis, but they require temperatures of 800°C to 900°C to achieve maximum efficiency.  However, temperatures that high shorten the useful life of the materials used in the electrolysis. Recent tests have observed long-term performance degradation rates of 3.2% to 4.6% per thousand hours of operation. These rates are simply too high to be acceptable.  Nevertheless, recent advances in ceramic proton conducting membranes for electrolytic cells make it possible to design, construct, and operate electrolytic cells that use supercritical water very efficiently, without requiring 800°C to 900°C temperatures. 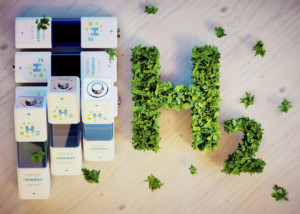 Hydrogen inventories will be equivalent to storage, from the perspective of electricity generation.  These will serve as a replacement for fossil fuels for transportation and heating, which has always been produced for and drawn from inventory. Hydrogen will open a whole new market for the geothermal industry, and one that can be expected to grow rapidly for the foreseeable future in favorable locations where high-temperature geothermal fluids can be found, such as the Salton Sea as noted in an earlier post.

About the Author: Kari Sugarman